We already mentioned, and you should know, that we love craft beer. So much,  you may recall from our Part 1 of our We Love Maryland Craft Beers series. To continue our ode to craft beer and pride in Maryland, we have some more great breweries and brews you should check out. 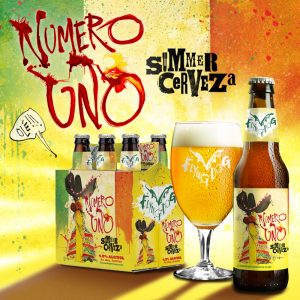 Known for its distinctive artsy bottle labels, Flying Dog has been producing beers worthy of conversation. You may not realize, but this brewery got its start in the rocky mountains of Aspen Colorado in 1990. The Flying Dog Brewpub moved its operations in 1994 to its state of the art brewing facility in Baltimore. Raven Beer is brewed at the Peabody Heights Brewery in the northern part of Baltimore, not far from Charles Village and Johns Hopkins. In a short time, this brewery has made its mark on the Maryland craft beer scene. Considered Maryland’s first designated farm brewery, located in Prince Fredrick, Maryland, they pride themselves in crafting beer for all tastes. Their brew satisfies new beer drinkers to the nerdiest of suds sippers. Based in Cambridge, Maryland on the banks of the Chesapeake Bay since 2013, the brewery is in an 80-year-old former pool hall & bowling alley. Their goal is to produce well-balanced American and Belgian-inspired brews, only 10 barrels at a time. Boasting as the oldest production brewery in Southern Maryland. They have managed to create internationally award-winning beers out of Prince Fredrick, MD.

Hopefully, our Maryland Craft Beers Part 2 of our two-part series has whetted your appetite and has got you craving something delicious. Deciding which one can be an overwhelming prospect. Consider this as a handy guide on your Chad’s brew tour. Still have questions? Just ask. Because as we said earlier, we love beer!