Sauce vs. Rub – What Is Better for Your BBQ? If you’re a BBQ fan, you’re well aware of how big a difference the right sauces and spices can make as you’re preparing meats. However, there are so many different types of BBQ sauce vs. rub out there that it can be difficult to know what to use to create the perfect dish. Before we can settle the age-old debate over sauce vs. rub and which you should be using for your BBQ preparation, let’s take a dive into the details of each of these items and the purposes they’re intended to serve. Let’s be honest – barbecued meats are pretty much perfect just as they are. But that doesn’t mean you should deny yourself the flavor explosions that happen when you pair the exact right toppings with barbecue classics. From burgers and ribs to wings and pulled pork, your favorites are made more delicious with tasty toppings. Whether you prefer to play it safe with pickles on your chicken sandwich or you want to live it up by smothering your burger in bacon jam and topping it with peppery arugula, there’s really no wrong way to reinvent your barbecue faves – especially with help from the barbecue masters at Chad’s. Here are just a few tasty toppings that could end up on your must-have list the next time you fire up the grill and pour on that sweet, saucy nectar.

How to Use BBQ Sauce in Really Innovative Ways May might have been National BBQ Month, but we are celebrating it all year long! And just when we thought that BBQ-infused cocktails were awesome, we have found some recipes that used BBQ sauce in new ways! So, put on some throwback tunes and let’s check out these innovative ways to use BBQ sauce. Smoky, flame broiled, savory – these are all words that perfectly describe barbecue, arguably America’s favorite summertime meal. But, now they also apply to a phenomenon that has taken bars and restaurants by storm – BBQ-infused cocktails. Here’s a look at the new trend and a few delicious recipes to try at home.

Throwback Tunes for the Summer BBQ What goes perfectly with summer barbeque? Well, of course, there’s the delicious sides, cocktails, and fire pits. But, if there’s one thing every BBQ bash needs, it’s throwback tunes. That’s right. Put away today’s pop hits and brush the dust off your old records. The comforting sound of The Beatles, Jethro Tull, and The Beach Boys coming through your speakers is sure to get those good vibes flowing. To help you create the perfect playlist for your summer BBQ, we’ve put together a few of our favorite summer hits.

May is National BBQ Month 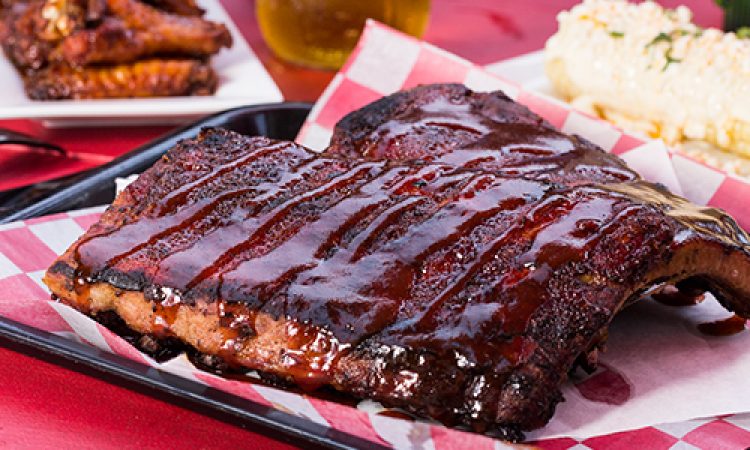 Did you know that May is National BBQ Month? Well, now you do. But, it doesn’t make much difference to Chad’s because every month is National BBQ Month here. If you can’t get enough of the sweet and smoky goodness, it’s the perfect time of year to enjoy it. Instead of cooking the same old meats and sides, why not branch out a bit? In the spirit of this national holiday, here are five new ways to enjoy the BBQ that we all love.

3 Recipes to Try with Chad’s Sauces

If there’s one thing we know to be true, it’s that there’s no such thing as good BBQ without an equally good sauce. Some would even argue that it’s the best part, but that’s still left to be debated. The right sauce isn’t too sweet, too tangy, too hot, or too smoky. It’s not overly thick or thin, but just right. You know it when you taste it. So, whatever juicy BBQ you choose to indulge in, don’t skimp on the good stuff. And, by ‘good stuff’ we mean Chad’s sauces. This fall, get cookin’ and try these delicious recipes made with Chad’s homemade sauces.